Coming to a TV Screen Near YOU!

“As the Earth Turns”

For film fans of ALL ages. Just add popcorn!

Had Steven Spielberg been a 16-millimeter camera-toting teen in the 1930s, his home movies might have looked like “As the Earth Turns.”  Michael Rechtshaffen, LA Times

“As the Earth Turns” is a multi-award-winning 1938 never-released silent sci-fi film by Richard Lyford (1917-1985), who was a Seattle filmmaker that made 9 films and had written 58 stage/screenplays before he was 20 years old. Lyford went on to work for Disney, and direct an Academy-Award Winning Documentary in 1950.

Ed Hartman, award-winning Pacific Northwest composer has performed, taught music, and composed music for many decades in Seattle. He is originally from Chicago, and his music is in many films and television shows. Ed has been involved with the Lyford family, and “As the Earth Turns” since 2018. He owns the Richard Lyford film-estate, and has produced a documentary about Richard Lyford, and is writing a screenplay, “The Filmmaker”, about Lyford’s life in Seattle.

"Ed Hartman’s presentation of the 1936 silent film “As the Earth Turns” and discussion about its writer/director Richard Lyford was both informative and entertaining. For those who are film enthusiasts, Ed’s deep level of knowledge about the making of the film and the body of Lyford’s work will be a window into a particular era of film and television production. A very well-organized presentation."  Francis Chapin, Edmonds Arts Commission

Ed Hartman will introduce the film, and then do Q&A. Ed will also share additional missing footage, films from Lyford’s life and career. 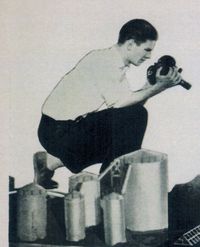 How was the film was discovered? 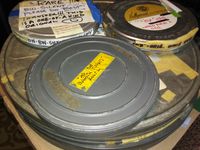 How was the original film made?

What Seattle locations were used?

What about the special effects, make-up, miniatures, and explosions?

What is Richard Lyford’s story in Seattle? 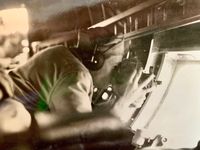 What did Richard Lyford do at Disney, the Army Air Forces, and the Mideast?

Where did Lyford, the Seattle cast, and crew go after the film?

Where is the film is now?

“Ed provided a very thorough and engaging presentation of As The Earth Turns. We loved the background he provided on the film’s creator as well as how the film came into his hands and his process for scoring the film. Ed’s film score was phenomenal, keeping the audience engaged in the action through a variety of musical styles and genres that fit well with the era in which the film took place. His music added an indispensable layer of depth and character to the overall film. We appreciated his friendly demeanor and wish him much success in sharing this project and others with the greater public!"  Jackie Wong, Timber Ridge Retirement Community

TWO-MINUTE VIDEO ABOUT THE PRESENTATION

“It was my pleasure to participate in a Zoom screening of "As the Earth Turns.” Ed had a wealth of information at his fingertips about the film and director Richard Lyford's life and other movies. "As the Earth Turns" is a real rarity and a remarkable rediscovery. Ed ran the program masterfully with live commentary and video clips, answering the audience's questions and adding spontaneous additions (including live music!) to the pre-planned portion of the program.”  Dwight Swanson, Center for Home Movies

There is no strong language, nudity or excessive violence. There are inter-titles for silent film, but most of the action and dialogue is easy to follow and understand. It is a B&W adventure featuring both female and male lead actors. Lyford, the director plays “PAX” (“Peace” in Latin). The film is similar to “Flash Gordon”, “Things to Come”, and other movies of the 1930s. The ending is surprising and emotional. The musical accompaniment is a combination of orchestra/classical and jazz in a 1930s style.

More information about "As the Earth Turns" 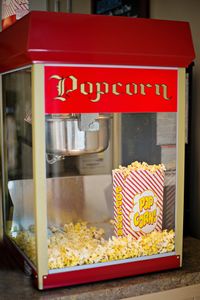